The opening of «Art divergence» exhibition took place on 27 October.

Father and daughter Evgeny and Polina Zaremba are linked not only by inseparable family ties, but also by artistic ties. Born into a family of artists, Polina absorbed love for art from the very beginning of her life, and naturally her father’s art influenced her perception of art Both are adherents of abstract and semi-abstract art 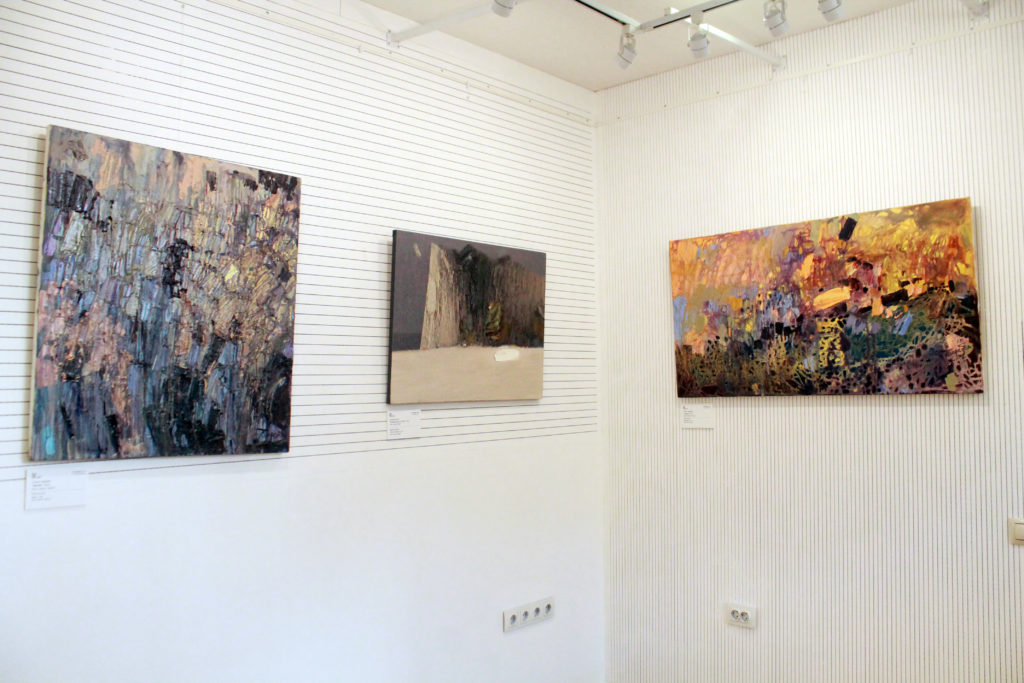 In a biological context, divergence is a divergence of characteristics and properties in initially closely related groups of organisms during the course of evolution: the result of living in different conditions. This definition most accurately reflects the process of divergence in the practices of these two artists. Personality divergence occurs in the same way as in certain biological species. Polina’s painting, at first seeming to be inherited from her parent, eventually diverges from her father’s, she adapted to the realities of the artist’s life and her perception of the world, eventually becoming an independent holistic creator. Looking at the works at the exhibition, the viewer can clearly determine which paintings are of Evgeny’s authorship, and which were created by Polina. Divergence is a process of evolution, without which the evolution on this planet would stop. 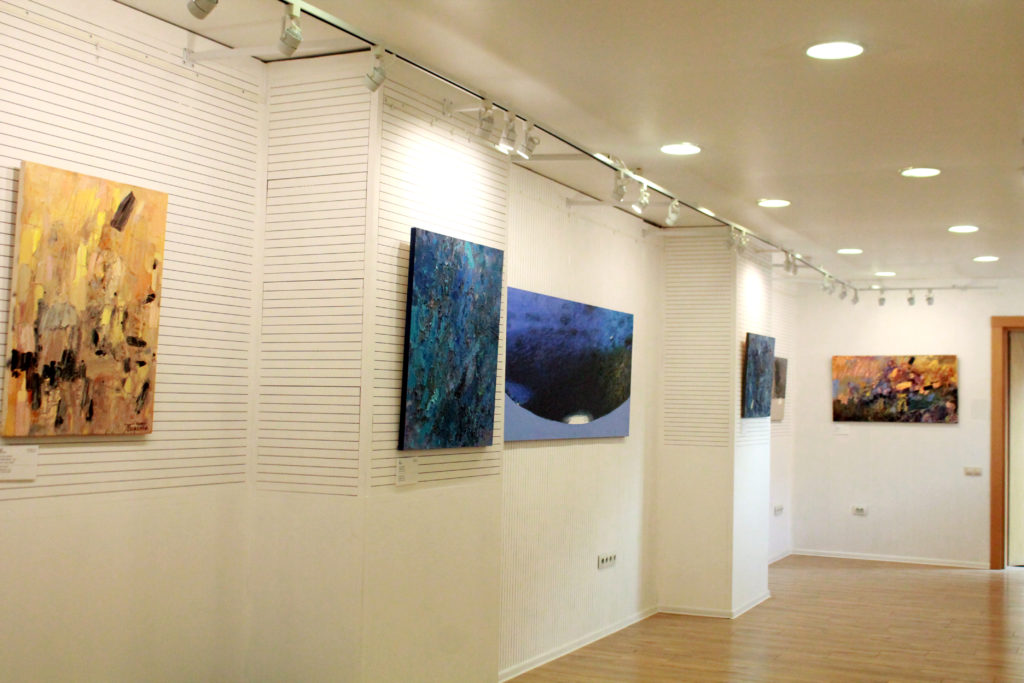 The attitude to color and to the color scheme as the principal art postualte is the point of contact in the practice of Polina and Eugene. For both artists, painting is a process of an emergence of fantasy images, an act of self-affirmation and a direct projection of intuition. At first glance, it seems that they have a visually and technically similar manner of painting — textured strokes seem almost identical, as if they are an artistic embodiment of a gene in DNA inherited from the father’s daughter. 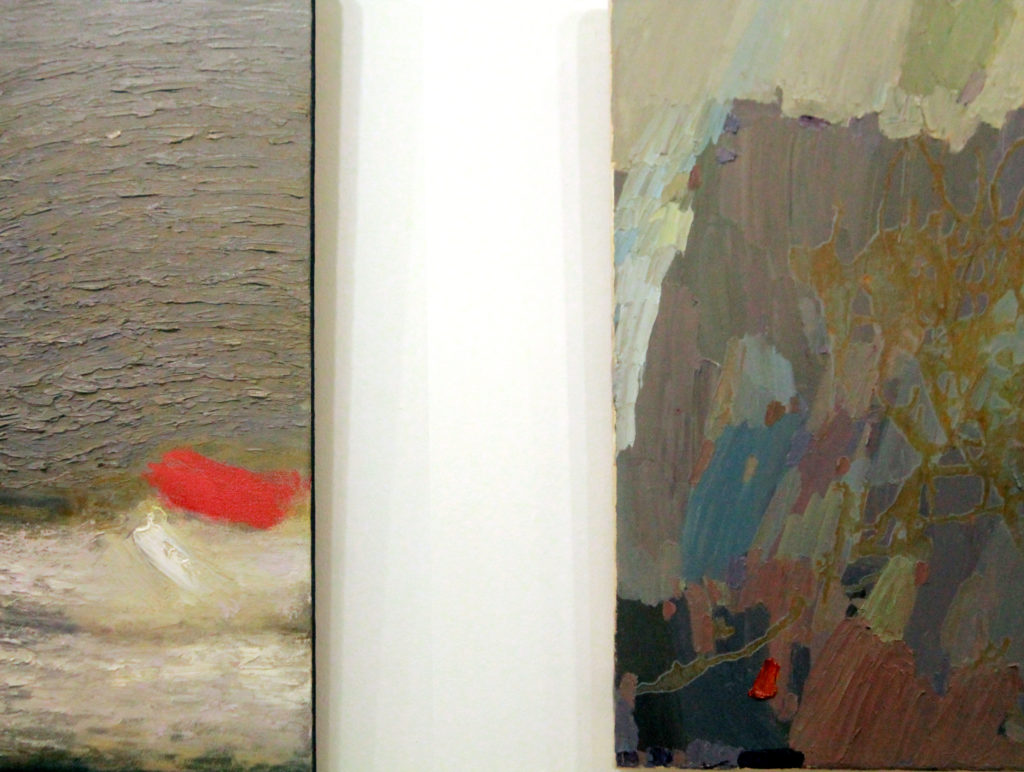 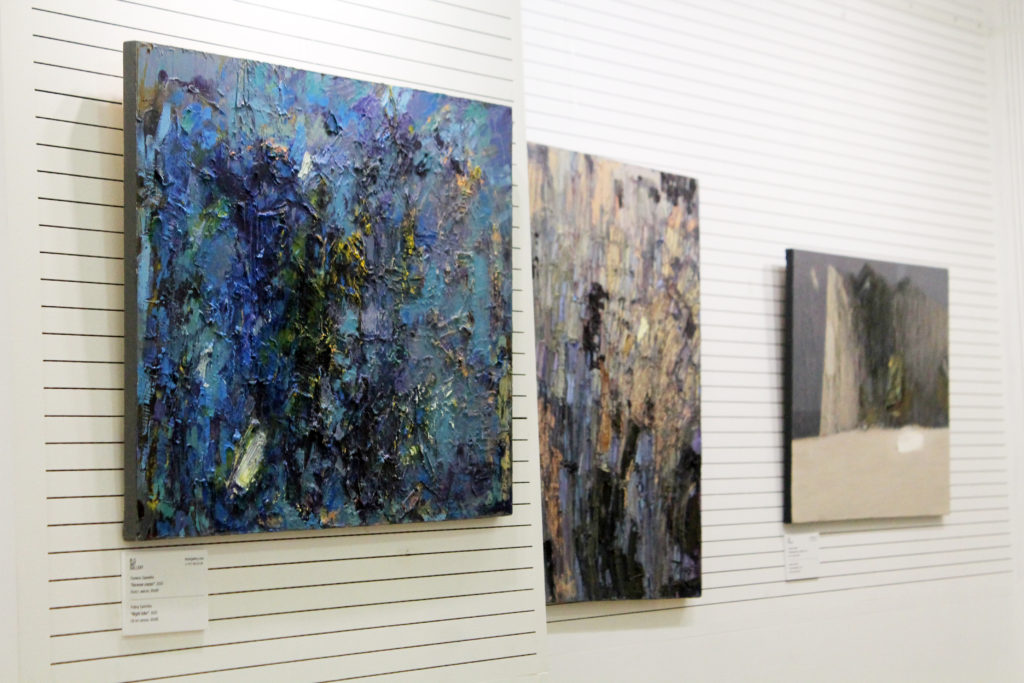 However, if you take a closer look at the work of Evgeny and Polina, the viewer will more and more clearly feel how different the creative charge and approach of these two artists are. From the technical point of view and speaking of the way the paint is applied on canvas, Zaremba the father has a more subtle brushstroke, a more geometric view of the color division of the canvas, the color itself is often more muted and structured. It shows the texture and shape of surfaces, the color of the elements, an object in space. Evgeny’s work has always been associated with natural forms, with a rethinking of the world order, intuitive and calm immersion. 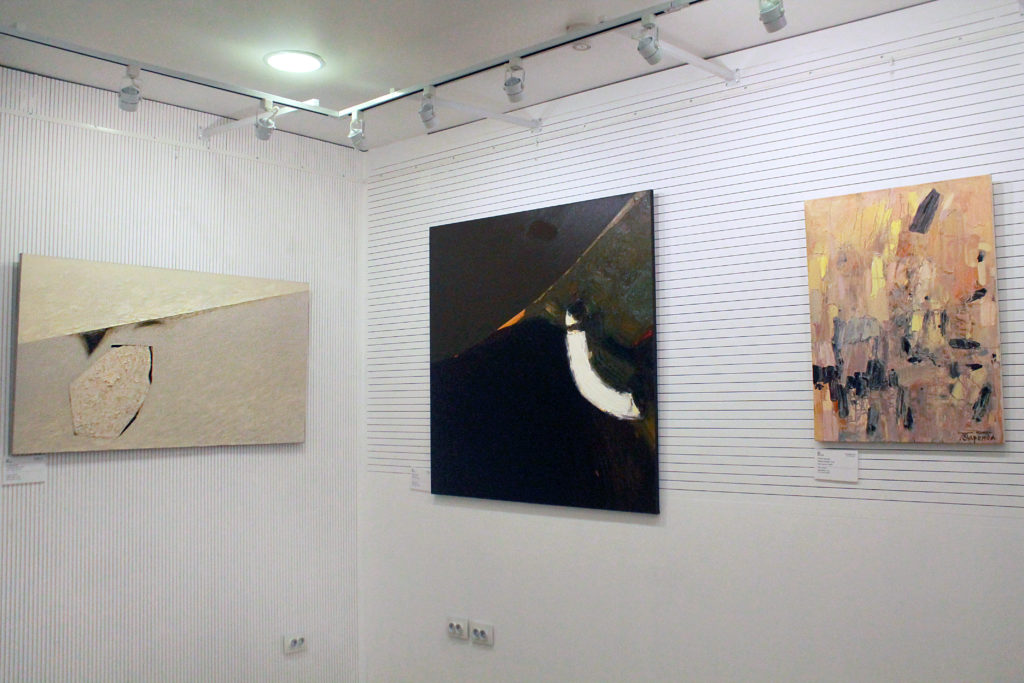 In Polina’s works, we can also observe an intuitive reflection of reality, but more a sensual, more emotional one. This precisely reflects personality and her way of interacting with the world, and this is something completely different, her own language and her vision. Polina reflects less and narrates more emotionally. She perceives the world through hazy and generalized color spots that however are charged with energy.Textured strokes, similar to her father’s ones, are dynamic and stronger, confirming the presence of the very cheerfulness and fortitude, without which, in the artist’s opinion, abstraction will be empty. Unlike her father, she does not try to copy or comprehend reality, but follows it, peering, listening, trying to feel the present, the very essence. Hence the spontaneity of compositions, powerful and dynamic color, varied texture. As a result, we get two artists, one family and different temperaments: Polina is more emotional, Evgeny is calm and reasonable. However, they are united by their forward movement and love of life. 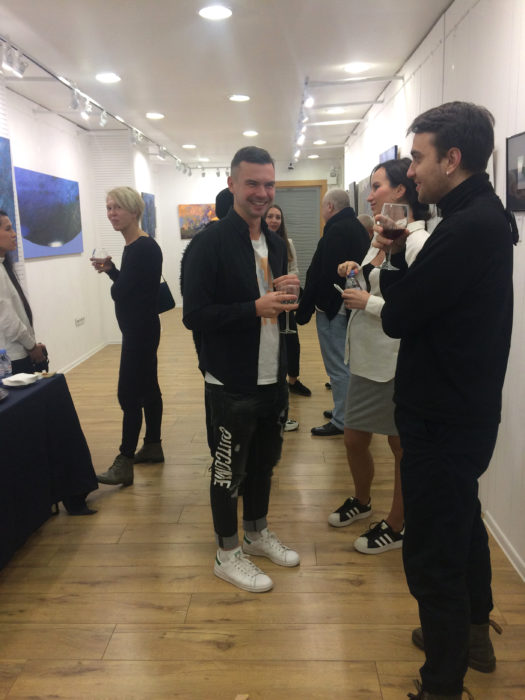 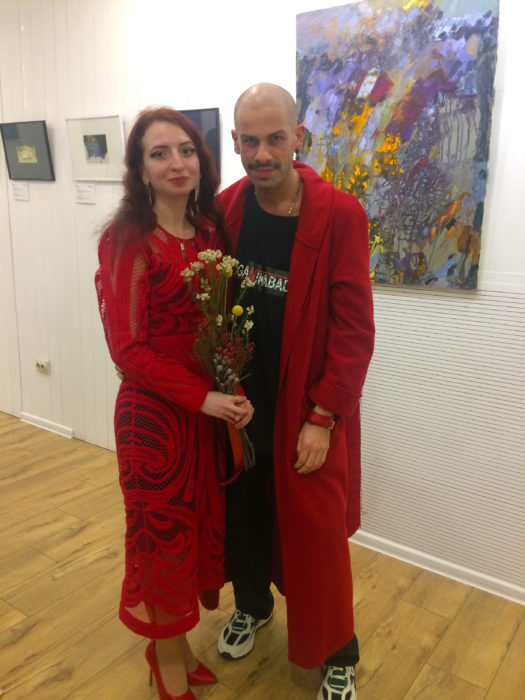 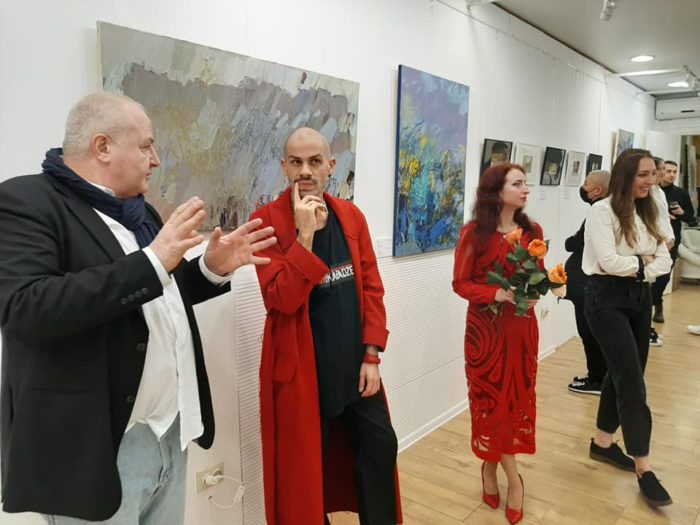