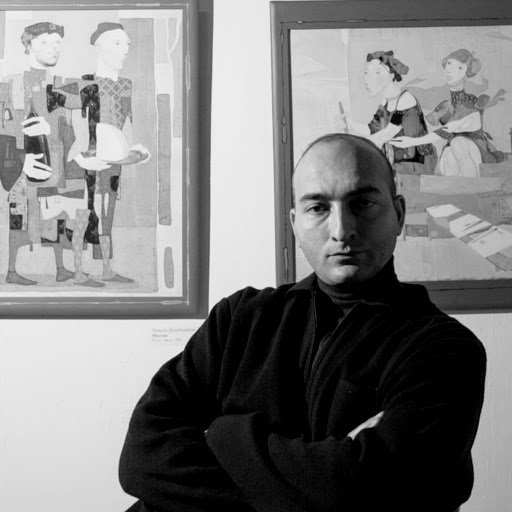 He attended the Nikoladze Art school. Later on, he studied painting at the Tbilisi State Academy of Arts. Since the days of his studenthood, Didebashvili has been participating in numerous art fairs both in Georgia and worldwide.

During his entire career, Didebashvili worked with both figurative and abstract painting, and in the end he merged two practices together in his late mature portraits. In his practice Mamuka employs the intricate and demanding layered Flemish painting technique that was used by the old masters of the Northern Renaissance. At first, Mamuka’s characters seem to resemble the ones of the Flemish masters, but because of the bright colours and the abstract background, Didebashvili’s characters seem to be taken out of any time or georgraphic context.

For more than 15 years, Didebashvili’s works have been shown and taking part in art fairs in Georgia and as well as in the UK, Ireland, the USA, Europe and Russia.