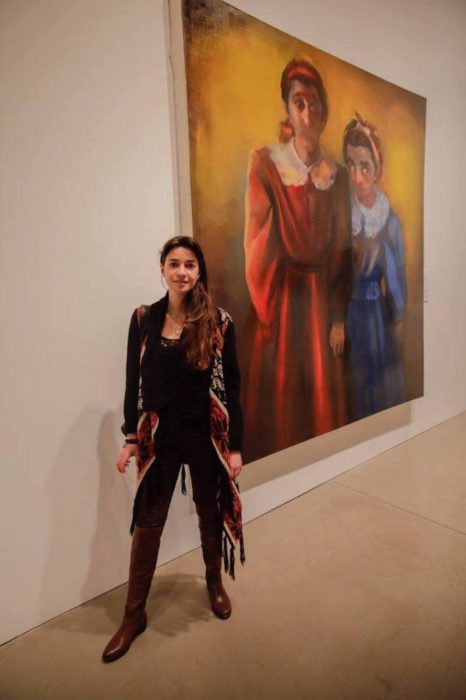 Teona Yamanidze is a Moscow born and NYC based artist. Yamanidze’s works have been exhibited both in Russia, including Winzavod Center for Contemporary Culture and Mars center for contemporary culture in Moscow, and internationally, Berlin International Art Week. She was involved in a project with the Everson Museum for Contemporary Art titled «That Day Now: Shadows Cast by Hiroshima» devoted to the 70 year anniversary of the atomic bombing of Hiroshima, Japan. She has been an artist, creating show-specific artwork as well as a curator and researcher within the archives of the Museum in preparation for the exhibit. Teona is a recipient of the Edmund S. Muskie Fellowship'17 for young leaders, Fulbright research scholarship and Elizabeth Greenshields Foundation Grant.

Teona Yamanidze works reflect on her personal experience as an immigrant Georgian woman in the USA. She is trying to draw the parallel between the social construct of Georgian culture and its interaction with the western mindset. Each work tells the fictional story of a girl, a boy, a woman, or a representative of the ethnic minority. With her work, she is trying to construct a myth-of-self, which casts a negative light on the relationship between the expectations of society and self-examination. She is trying to pull back the curtain on the delusions and oppressive taboos still preserved within post-Soviet and western societal dogmas.