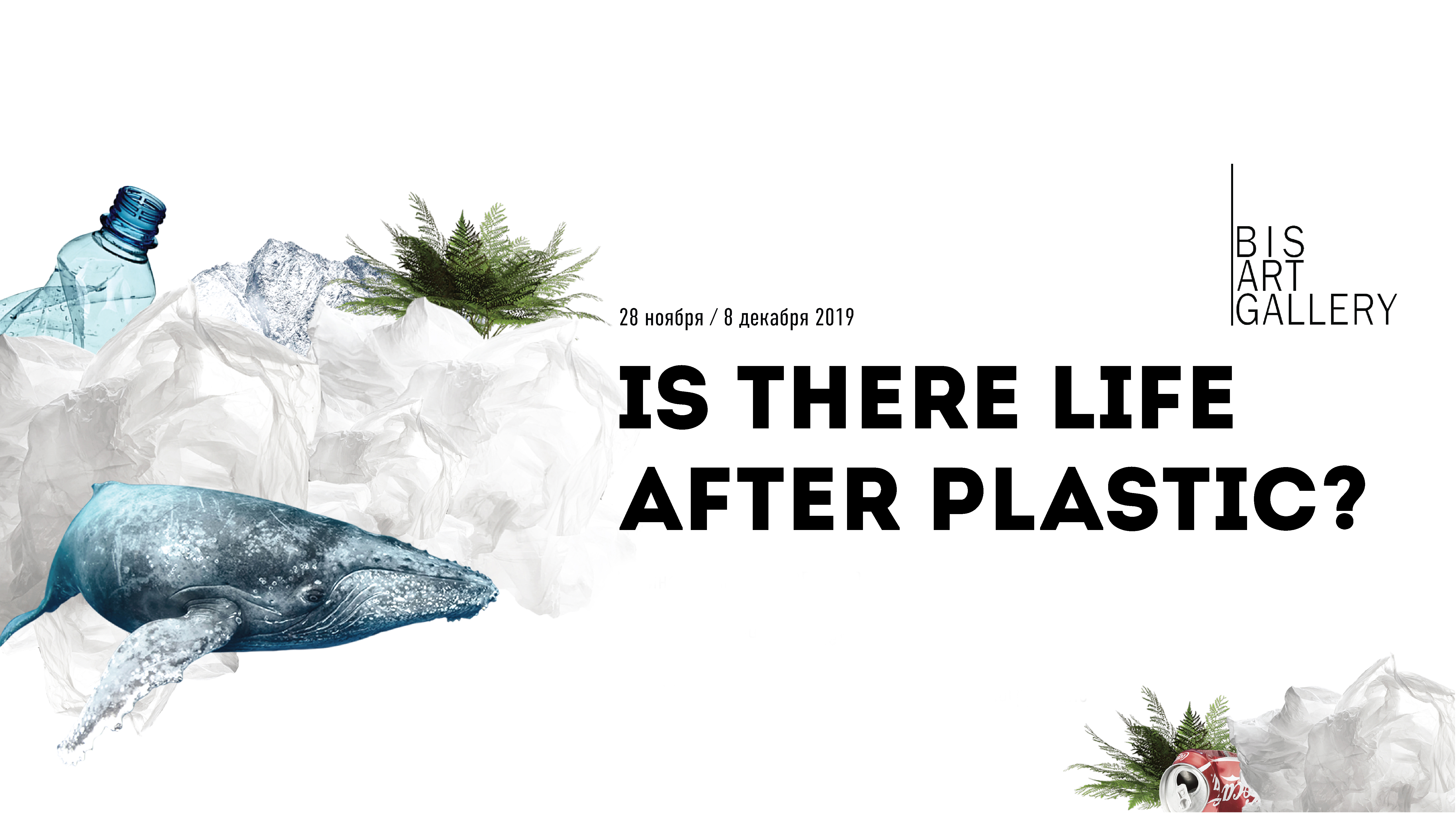 28 Novevember BIS ART GALLERY held an an opening of «Is there life after plastic?» exhibition which is dedicated to the issue of plastic pollution today.

Is there life after plastic?

For centuries, humanity has been striving to build a new perfect world with an implication of progress as an evolution. Recently, people have started questioning themselves: where are we going to nowadays? Society is striving to creating a paradise of material economy, often forgetting that heaven on earth is not just about the material goods, but it also means paying respect to nature and preserving ecological balance on our planet.

An average man does think about the afterlife, but only egoistically thinking about the spiritual side of his personality. However, only a few of us have thought about the frail world around us after our departure.

Despite being aware of the importance of the ecological problem and the ubiquitous discussion of it both on a daily and on political level, the situation has not changed for better. Is there life after plastic? is a reaction of young people to the presence of plastic that has got into all the spheres of our daily life. These young people have to keep living with the responsibility of preserving and co-existing with other biological species. It is exactly the new generation that has not just become aware of the problem, but since the very childhood they have been growing with acceptance of the necessity to solve it.

The concept behind «Is there life after plastic» was born after an introduction to EDEN2100 project by Polina Polskikh. How will the Garden of Eden look in let’s say the year 2100? Polina asked herself this question whilst creating the EDEN2100 installation for the Burning man festival in the United States.

The exhibition presents the version of the installation by Polina Polskikh which was first shown in Black Rock desert in Nevada, at a former location of a dried up lake. Polina’s work has been cited in the shortlist of the best of the festival by Forbes. The installation is a monument to biological species and it consists of an abstract skeleton of a whale, made of plastic and stuffed with plastic garbage.

Italian artist Nico d’Orange is a representative of the young generation that has been growing up with awareness that our planet has been significantly damaged. However, even with the full awareness of the seriousness of the crisis he doesn’t see a future in an apocalyptical way. but he rather perceives the ecological crisis as some sort of a lesson and a starting point for the new stage of the human development. In his digital work Nico presents the pollution cycle in this way: the plastic used by man, further goes into the ocean and comes back to us on a plate as a cooked fish.

The exhibition also presents the project by Anastasiya Charina «The coast line». It is another artist’s reaction to the consequences of hyperproduction and hyperonsumerism which have led to the pollution of the planet. «Shoreline» is an installation that consists of ceramic shaped as everyday garbage and laid on sand.

Also, the show has two works which are hidden from the viewers' eyes: a diptych by Ekaterina Bortsova and a graphical work by a transcendental artist Romanoz. These are artworks that are covered with plastic bags. This shows the idea of the global pollution that goes further than ocean and earth. The diptych by Bortsova can be seen only by moving the plastic curtains. However, the work by Romanoz will only be seen just after a performance scheduled for the last day of the exhibition.

The young visual artist Irina Heinz decided to explore the ecological crisis topic by making a generalised «portrait of a consumer» in her project «What will remain after me». As a metaphor, she uses the garbage of the characters. Every person wants to leave a trace after himself. Something siginificant and timeless. Irina is asking: is it possible? Every year, we produce more than 2 billion tons of waste. It seems that we only leave garbage. The irony is — it remains forever.